Our monumental building with its private parking area is located in the Scheepvaartkwartier, at the docks (Veerhaven). In this area, we like that we are the odd one out in this neighborhood, since the natural population are well-off companies or individuals. This majestic, quaint and inspiring location is within walking distance of cafes, a supermarket and public transportation. Inside we have a tight community of companies, which are widely specialized and help each other grow to unprecedented heights. 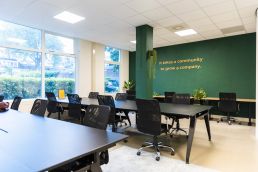 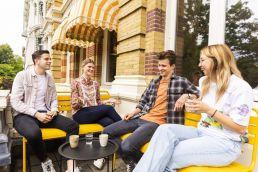 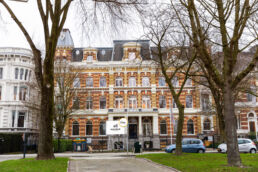 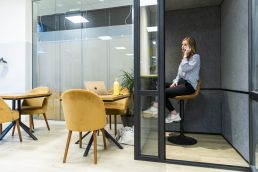 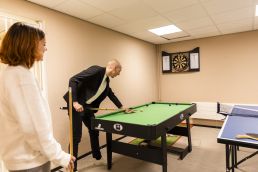 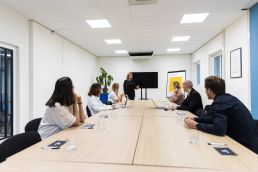 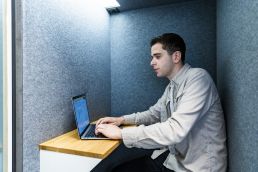 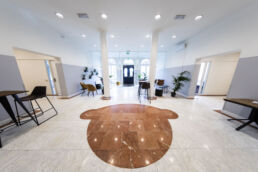 Westplein 12 is a beautiful location. This is not just our opinion; the Dutch state agrees with us. As a matter of fact, Westplein 12 is a National Monument, which is defined as ‘a building of general importance because of its beauty’.

The Scheepsvaartkwartier is one of the few areas in Rotterdam that wasn’t bombed in the Second World War. Because of that, it still has an impressive historical Dutch appearance. The entire avenue is filled up with imposing villa’s that give you the vibe that you’re up to something really important. During the war, the German dock commander took residence at Westplein 12 and in the years afterward it was used by the Dutch Marine Corps among others.

Today, the Westplein square is a lively neighborhood with several bars and cafes. It is close to public transportation and we even have our own parking area. 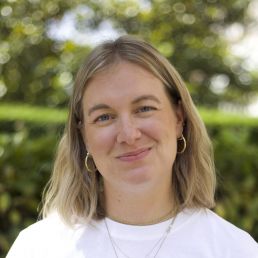 Flexible access for a flexible price. For when you are not present or need to be present every day, but want to enjoy all the benefits.

For full access and more consistency, you have your own place among other entrepreneurs with a fixed desk.

The more luxurious version of dedicated small. With your permanent place in a familiar environment, this is the solidarity of a company, with the freedom as an entrepreneur.

For if you, as a small company, want to nestle in the middle of the vibrant world of freelancers and fellow entrepreneurs.

- Access to our Community Portal, Whatsapp & Slack
- Access to (network) events & drinks
- Discount with our partners
- 50% discount on a day pass
- 30% discount on a meeting room
- 2x working on a flex desk
- Including coffee & tea

When you want to be part of our community and enjoy the benefits of a coworking space.

Use what you need.

The somewhat more mature sister of the Herengracht, the Keizersgracht is an elegant building with her marble floors and cozy garden.

Monumental on the outside, modern on the inside, this location is decorated in a manner which clearly expresses the down to earth attitude of Rotterdam.