Why do female entrepreneurs get so little investment?

At the moment, there are still big differences between male and female entrepreneurs. We have to conclude that this is also the case for our female renters at StartDock and that is why we want to give the female entrepreneur a platform. 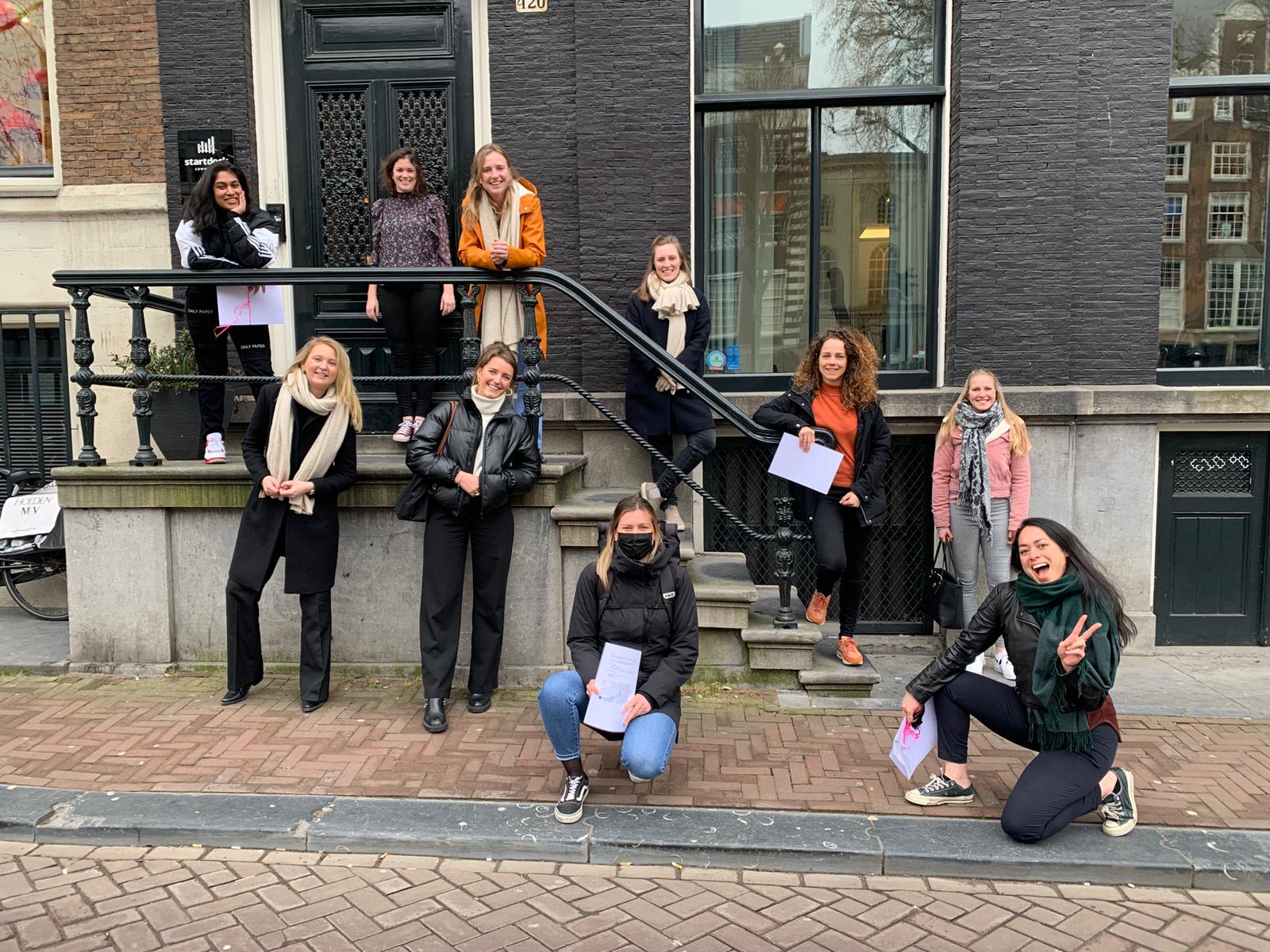 In the schoolyard, a group of children run and play. They're playing a game. In the midst of the chaos is Eva, she directs the children to the right place, explains the rules and keeps track of the points. Some kids mess around because they don't agree with Eva, others do what she says.

When we see this, we're inclined to say that Eva is bossy. But when Jeroen provides clarity in the midst of such chaos, he shows leadership qualities. And already at such a young age!

But what do we really see? We see a young child who is decisive and dares to make choices.

We have created an image of 'the woman' and 'the man' and we force children to think in that image at a young age.

We call Eva bossy. We slow her down, we tell her it's not supposed to be like that, we teach her it's wrong. Over and over, until she internalizes it.

Compared to 2012, there are also more than 24 percent more male entrepreneurs.

So actually in the last eight years, we haven't made any progress with the male-female relationship with regard to entrepreneurs.

It's only going to get worse. If you zoom in on the ratios of the different companies with women at the top, you can see that the larger the company, the more the ratio turns toward the man. Again, nothing has changed since 2012.

In 2018, investors invested 538 million euros in Dutch startups. Of these, 19 million euros went to a company with a woman at the top. That's only 3.5 percent.

This means that around 1 in 30 entrepreneurs who receive investment are women. So this is six times as little as you would expect based on the already skewed male-female ratio among entrepreneurs.

How is this possible?!

The danger of calling Eva bossy is that she herself can start to believe that it's a bad trait, after which she un-learns it. The greater danger is that we, the people who call Eva bossy, convince ourselves that decisiveness is a bad trait for (young) girls.

Except we're going to keep doing this. Not only for young children but also as adults we put in the boxes 'masculine traits' and 'feminine traits'. What's that supposed to mean? Properties are properties. Gender has no business in that discussion.

The bad thing is, that by posing stereotypes often as fact, men and women eventually start to believe this. That's purely because it does sound plausible and it's repeated so many times. This is called the Illusory Truth Effect and is a well-known fallacy that we all make automatically.

So we think that something belongs a certain way, we repeat it to the last moment until we have all come to believe it and then use that conviction to make up for our decisions afterwards. We do this without it being based on any truth apart from the truth we have fabricated for ourselves.

We don't give women investments because for years we've convinced ourselves that women don't have the ability to handle an investment properly. They do not prove us wrong because we do not give them the opportunity to prove us wrong.

We create it, maintain it and then punish women with our own creation.

The current situation is not a snapshot. It's a world we've slowly created and a lot of people are now adopting it as 'it's just the way it is'. That world still exists, you can see that in the figures of female entrepreneurs, but also how we still judge Eva and Jeroen today.

Let's say Eva and Jeroen sit at the same table later in life and present a talk show. Then the different images we have of them are still more than present when we review them. Eva is bossy and Jeroen is a stern but just host.

These images are stiff and we have to figure out a way to untie them step by step.

It is therefore, good that female role models should be given extra attention, it is good that the unequal relationships and treatments between men and women are constantly being denounced and it is good that there are quotas and funds for female entrepreneurs.

These initiatives have been created to give some counterweight to the lopsided relationships that we have also created ourselves. Let's hope this closes the gap faster than the time it took to carve them out.

In our own team, the ratios are exactly the same (5 men, 5 women), but unfortunately, we have to conclude that the relationship between the male entrepreneurs and the female entrepreneurs who rent a desk at StartDock still tilts more towards the man.

This is one reason why we want to give (our) female entrepreneurs at StartDock a platform. We started this in 2019 on International Women's Day. We had organized a large event at both of our locations in Amsterdam, with only female speakers. We had divided the ten workshops and presentations between our offices on the Herengracht and the Keizersgracht. Check out the short after movie of that day here.

Since then, every year we pay extra attention to the female entrepreneur, including this year.

If you want to see how we do that, then keep an eye on our socials this month!

What is the difference between a postal address and a virtual office?
Well-being has become my number one priority.
Internship at StartDock

This website uses cookies to improve your experience while you navigate through the website. Out of these cookies, the cookies that are categorized as necessary are stored on your browser as they are essential for the working of basic functionalities of the website. We also use third-party cookies that help us analyze and understand how you use this website. These cookies will be stored in your browser only with your consent. You also have the option to opt-out of these cookies. But opting out of some of these cookies may have an effect on your browsing experience.
Necessary Always Enabled
Necessary cookies are absolutely essential for the website to function properly. This category only includes cookies that ensures basic functionalities and security features of the website. These cookies do not store any personal information.
Non-necessary
Any cookies that may not be particularly necessary for the website to function and is used specifically to collect user personal data via analytics, ads, other embedded contents are termed as non-necessary cookies. It is mandatory to procure user consent prior to running these cookies on your website.
SAVE & ACCEPT